After the shower is turned off, the water still runs. Is it a quality problem?

After the shower is turned off, the water still runs. Is it a quality problem? 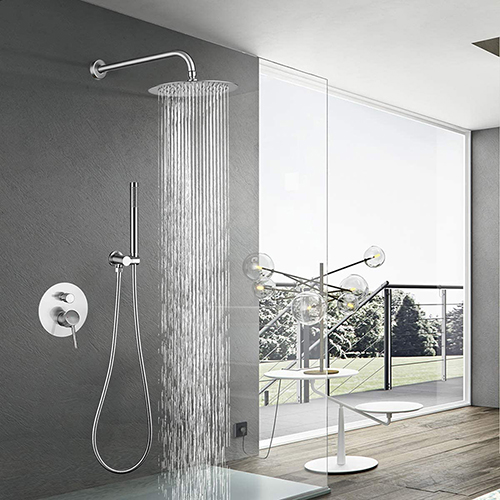 Regarding this problem, at first it was suspected that it was a shower quality problem. In order to clarify it, we also specially checked our showers, but this kind of situation still occurs. Later, we asked a professional to figure out that the water running after the shower was turned off was because of the water stored in the top spray and the shower pipe. 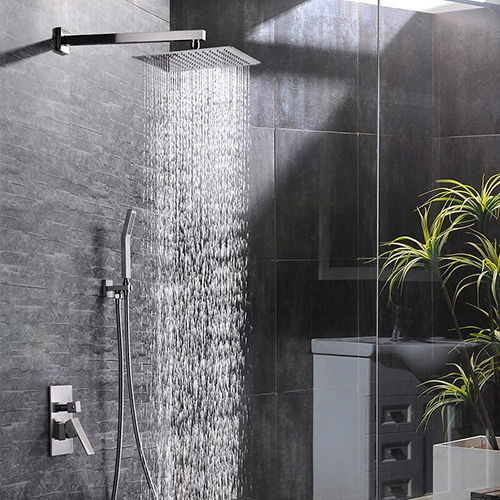 Professional explanation: In order to pursue the comfort of showering, the current shower head sprays are very large. The bigger it is, the more water there is after turning off the faucet. After use, the air pressure inside the shower is in equilibrium with the atmospheric pressure, so the water inside will not flow out temporarily. After some time, the water will flow out when the balance is lost. This is a problem with large-top showers. It is not that the shower is leaking or broken, so you can rest assured if you encounter this problem. If it is a constant dripping and leaking, then it is a quality problem. 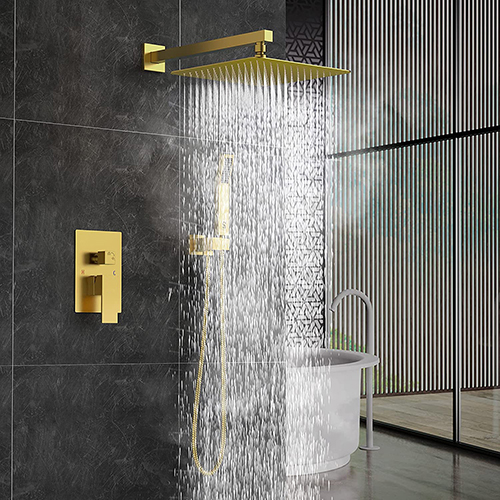 So what should I do if the shower really leaks?

Analyze the factors of the shower leakage first. The main points are as follows:

1. The shower nozzle is blocked. If it is used for a long time, the water output will become smaller. If the water quality is not good, the water contains a lot of alkali, and scale deposits on the water outlet cause the shower to be blocked. At this time, it has to be resolved by the seller of the shower. Therefore, it is very important to choose a reliable seller. 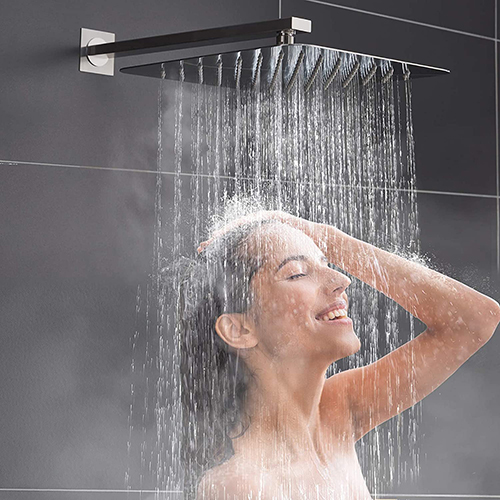 2. Shower plating. Many people have found that the surface paint on the shower can peel off. It will be ugly after the paint is peeled off. If you have just bought a shower that has this problem, it will affect the appearance. In addition, some poor-quality showers will block because of paint falling off. So we have to take a closer look at the surface of the purchased shower for these problems. 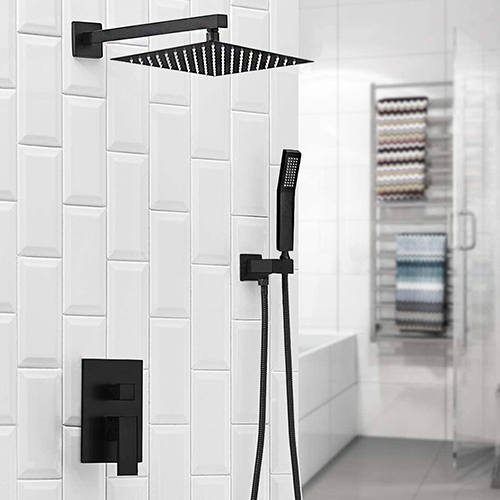 When purchasing a shower, you must carefully observe whether the surface of the shower is smooth or not. If it is rough to the touch, it may be processed twice.

3. The material of the shower. Some showers are made of plastic or cast iron. The plastic shower head may contain a lot of waste material, and the service life will not be long. Of course, some hand showers that use plexiglass, ABS and other materials are still very good. However, it is not recommended that you choose the shower head made of cast iron, which is easy to rust. Many people who chose this shower are very regretful, because it didn't take long for it to rust. It's ugly, and it also blocked the water outlet and broke the entire shower. At present, the better material is copper. 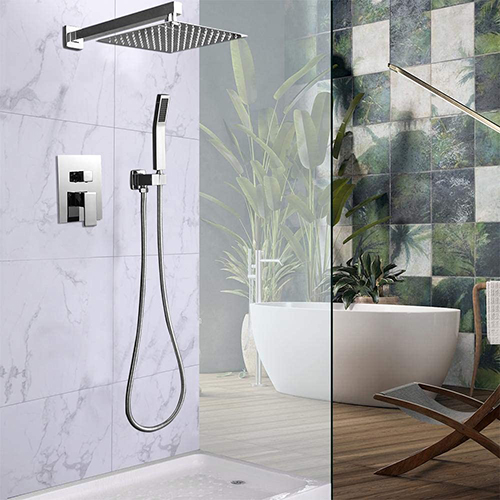 After knowing the reason, we can come to a solution. There are mainly the following solutions for leakage in the shower: 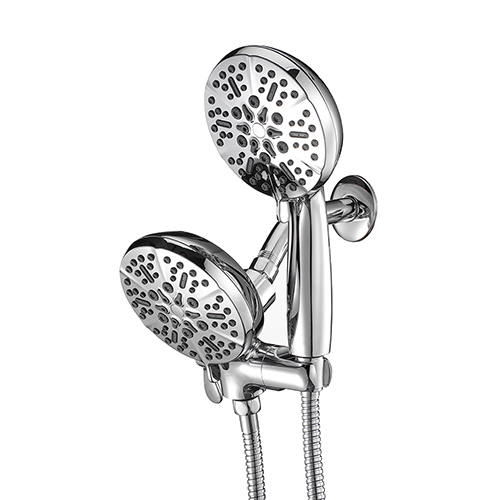 2. Leakage occurs at the joint of the handheld shower. Select the right size shower hose and shower head according to the specifications, replace its rubber ring, and reinstall it. 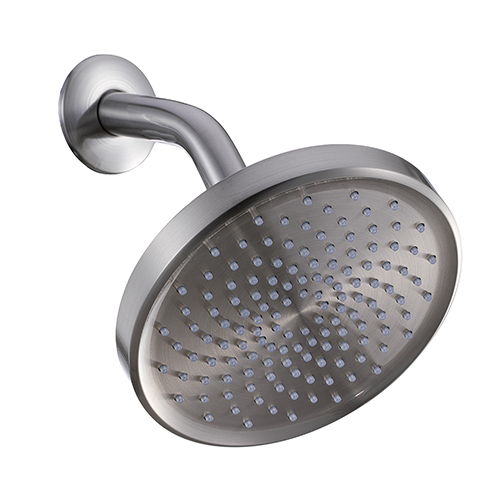 3. Water leakage caused by gravel or sediment. Unscrew the shower head for cleaning. If necessary, soak the parts with vinegar and scrub the parts. Take care to avoid scratching it. If the shower head is an adjustable spray type, carefully check all movable parts for signs of excessive wear. If the rotating handle cannot move smoothly, the internal cam may be broken, and the entire shower head needs to be replaced. 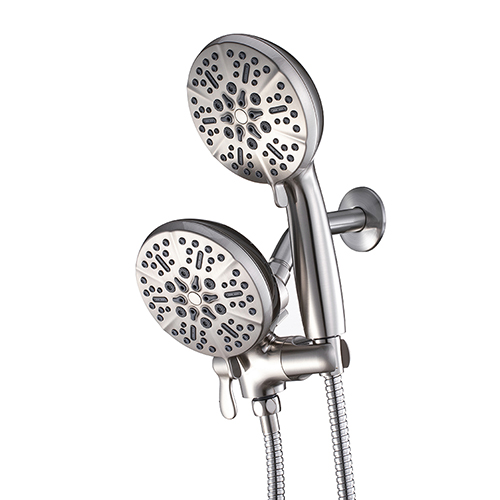 4. The spray mode from the shower head becomes a mixture of spray and rain mode. If the shower is used for a long time, the water output will decrease. It may be because the water quality is not good, the water contains a lot of alkali, and the scale deposits on the water outlet cause the shower to be blocked. It is also very simple to solve. For the shower head designed with silica gel particles, just gently knead it. If the scale is serious, you can put white vinegar in a plastic bag, wrap the shower and soak for some time, then rinse with water.

Aquacubic is a professional manufacturer for bath and kitchen products since 2010. We can provide full solution for construction project contractors and wholesalers.

Look forward to cooperating with you.