Which bathroom sanitary ware will sell well? This report tells you!

Water-saving faucets, large showers, smart toilets, custom bathroom cabinets...According to the survey report, the largest number of American owners who renovated their bathrooms in the past year have replaced faucets, accounting for 88% of the respondents. Excluding non-bathroom products, showers (83%), basins (78%), bathroom cabinets (77%), toilets (63%), bathtubs (34%), etc. are followed in order. 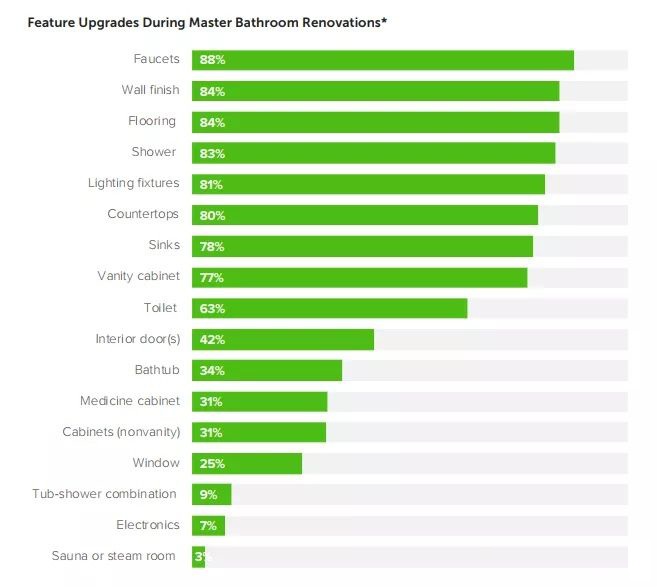 More than 80% of the interviewees have replaced the faucet and shower. 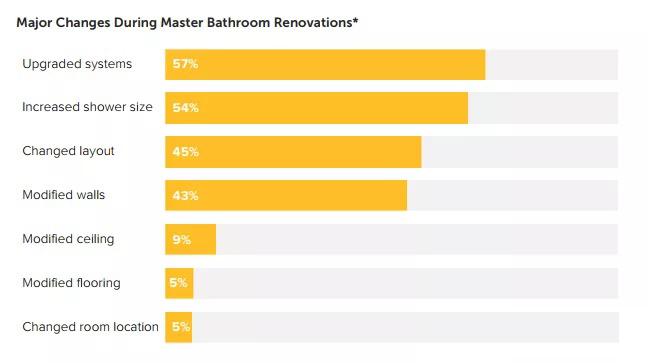 The selection rate of smart toilets in American households has risen from 28% to 34% this year. Among the many functions of the smart toilet, self-cleaning is the most popular, followed by hip wash, seat heating, splash water, night light, induction and automatic deodorization. American owners of bathtubs have increased the selection rate of flat-bottomed freestanding bathtubs from 41% last year to 50% this year, which is significantly ahead of mosaic bathtubs (21%), wall-mounted bathtubs (15%) and cat-foot bathtubs (9%). In terms of bathtub materials, acrylic, fiberglass, and enamel cast iron are the most popular in order.

In general, Americans value convenience, comfort, and storage more when replacing sanitary products. This is reflected in specific products. Products such as sensor faucets, smart toilets, flat-bottom bathtubs, custom bathroom cabinets, and double mirrors are becoming more and more popular. China manufacturers that export to the United States can make more efforts in these products. 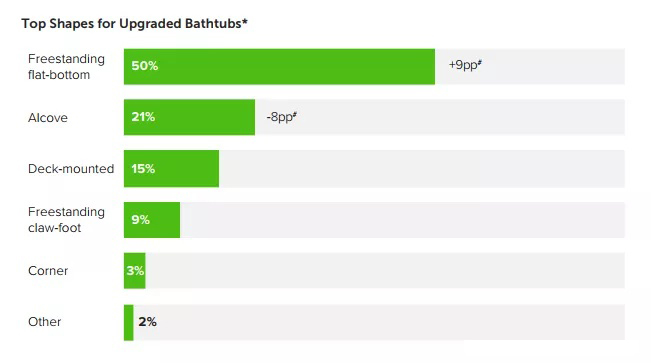 In addition to products, spatial transformation is also the focus of this investigation. Among the 1,360 respondents, 45% believed that they would relax in the bathroom. They believed that the cleanliness, bathtub, and lighting of the bathroom would help increase the relaxation function of the bathroom. In terms of bathroom style, the most favored one is Transitional. The number of people who choose this style has increased from 16% in 2018 to 21% in 2019. Modern style is also very popular, with a selection rate of 20%, an increase of 5 percentage points from last year. On the contrary, the contemporary style and traditional style continue to fall out of favor, with the selection rate of 16% and 9%, down 4 and 5 points from last year. Finally, the popularity of Farmhouse in the United States is still low. 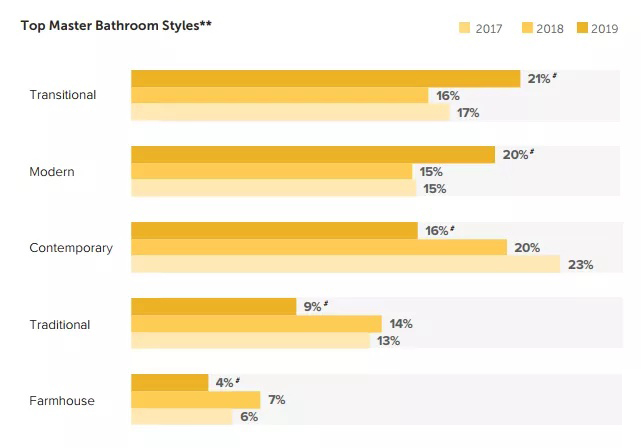 In terms of color, the slightly quiet white last year has a trend of recovery. In areas such as bathroom cabinets and counter-tops, most owners choose white. On the floor and wall, the selection rate of white also increased by 3 points and 6 points, reaching 19% and 27%. Especially on the wall, white began to challenge the dominance of gray. 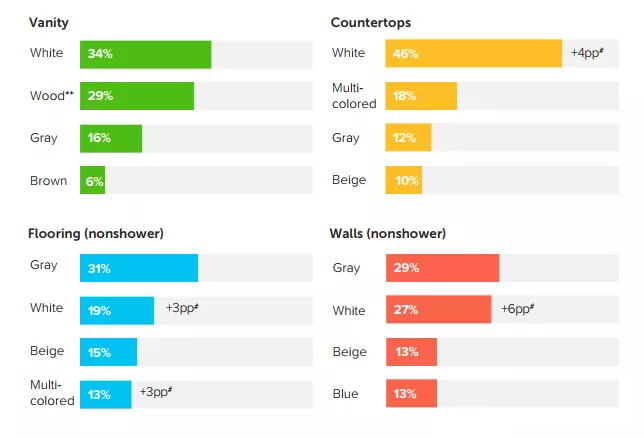 White has a trend of recovery.

For the walls and floors in the shower area, more than half of the interviewees chose ceramic tiles, which is far ahead of marble, granite, slate, and travertine.